The pancreas contains important structures called the islets that produce important glucose-regulating hormones, including insulin. Diabetes happens when the islets fail to produce enough insulin to control blood sugar, resulting in high blood sugar levels. Mounting evidence from Diabetes Research Envisioned & Accomplished in Manitoba (DREAM) researchers and others suggests that what we are exposed to in early life (i.e. during fetal life) can affect our metabolic health later in life. For example, exposure of an unborn child to diabetes during pregnancy (gestational diabetes) is strongly associated with a significant risk of type 2 diabetes development for that child later in life. A connection between gestational diabetes and diabetes risk in the offspring makes sense since cells in the islets of the pancreas undergo major structural and functional changes while a baby is developing in utero. The purpose of the newly published study by Agarwal et al was to characterize how exposure to gestational diabetes impacts islet function and gene expression profiles. We also examined whether gestational diabetes exposure further affected the offspring pancreatic islets when the offspring were challenged with consuming unhealthy diets consisting of high-fat content and refined sugars.

What did we find?

We found that insulin secretion was reduced in islets from offspring born to mothers with diabetes. Insulin secretion was even lower if the offspring consumed a poor diet. Interestingly, when we examined gene expression, we found that genes that promote inflammation were increased in the islets from offspring exposed to gestational diabetes. Inflammation is a normal response to infection, but in this case, inflammation could be an early event that damages pancreatic islets, although this needs to be further examined in follow-up studies.

Why is this important?

While associations have been made between diabetes during pregnancy and the development of type 2 diabetes in the offspring, our study directly demonstrates the negative impact of diabetes exposure during pregnancy on insulin secretion by pancreatic islets. We also present the first data showing that exposure to gestational diabetes impacts gene expression in the pancreatic islets of the offspring. Given that the incidence of gestational diabetes appears to be on the rise, public health measures focused on maternal health could yield health benefits for both mothers and future generations.

Dr. Vernon Dolinsky is a co-lead of the Diabetes Research Envisioned and Accomplished in Manitoba (DREAM) Theme of the Children’s Hospital Research Institute of Manitoba with a focus on mitochondrial function, gestational diabetes and the fetal origins of obesity, type 2 diabetes, and heart disease. Dr. Dolinsky is also an Associate Professor, Department of Pharmacology & Therapeutics, University of Manitoba. 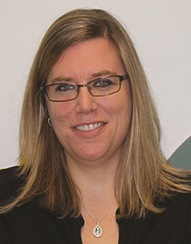 Dr. Christine Doucette is a Research Scientist at the Children’s Hospital Research Institute of Manitoba and an Assistant Professor, Department of Physiology & Pathophysiology at the University of Manitoba. Her research is focused on understanding the mechanisms that cause insufficient insulin secretion by the pancreatic beta cell during the development of type 2 diabetes (T2D).